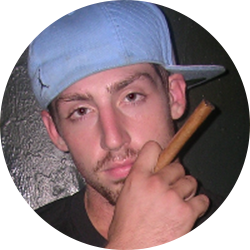 Finisher: None
Theme Song: None

Some remember Mikey Blaze as the legend that never was while others remember him as an unstoppable, unbeatable giant. He made his official WFA debut in 2004 and intended on taking every single superstar out. His first target on the WFA roster was his long time friend, Twiztid.

Every week Mikey Blaze would target Twiztid and interfere in his matches just to deliver his monster chokeslams to the superstar, taunting him to accept his challenge. Twiztid had not backed down from Mikey but refused to fight his long time friend with the hopes that Mikey would move on in WFA.

This was not the case though and after far too many chokeslams from Mikey, he had caused Twiztid to remain out of action for several weeks due to internal bleeding. In 2006, Mikey Blaze made his WFA return at the Royal Park Rumble and his first target once again was his friend Twiztid. Rome was there to stand face to face with Mikey, which allowed Twiztid the chance to eliminate him from the rumble.