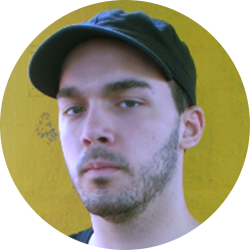 Jesse West was one of the original WFA pioneers back in the day when the federation first began. In 2004 Jesse West introduced the Alliance into WFA only to be attacked by Enforcer shortly after the introduction. Jesse West squared off with Enforcer week after week until they concluded their year long feud at Wrestlefest II.

In 2005 Jesse West was set on working towards the WFA World Title and prepared himself for the Royal Park Rumble that year. Jesse managed to be part of the final three in the rumble only to be eliminated and lose his chance at the title. Jesse continued to prove himself and for that he was granted a shot at Wrestlefest III against the champion Rome and the number one contender Twiztid.

Jesse West went after a new title in WFA in 2006 and fought in the fatal four-way match for the Interborough title. After winning the title, he had countless victories defending the title until he met his match against Renegade. At Wrestlefest IV, Jesse West lost the title to Renegade and came to the realization that it was time for him to retire and bring his legacy to an end.

However, Jesse didn’t retire. Instead he fought hard again in 2008 and aimed to prove to himself that the Interborough Title was something he would capture. Not only did Jesse accomplish that goal, he fought hard in WFA on his own, despite WFA management’s push to give him the win to win the Royal Park Rumble and soon after the WFA Heavyweight Title. Having it robbed from him by Enforcer, Jesse proved that he was the ultimate WFA athlete by recapturing the title and bringing his legacy and WFA to an end.