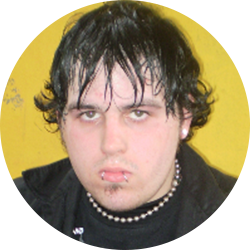 Danny Draiman arrived in 2005 still new to the WFA ring and the WFA superstars, but not to wrestling. Danny started up 2006 hoping to win the newly established Brooklyn Hardcore Title but got side tracked and pulled into a battle against Twiztid. While changing before his match up with Twiztid at WFA Dark Tomorrow, Danny had laughed at a prank that Mike Hardy pulled on Impact, which led to their longstanding feud in 2006.

Danny Draiman went on to eliminate Impact at the Royal Park Rumble in 2006, which caused Impact to go to Jason Kross seeking redemption. Jason Kross decided to strategically place Jessica Sweet in the locker room to leave him vulnerable to Impact. At Wrestlefest IV Danny Draiman went head to head with Impact and in the end he got the win, got the title and got the girl.

In 2007, Danny Draiman defended his WFA Brooklyn Hardcore Title against his former XSW teammate and friend Patrick Blade but lost after a brutal hardcore match. In 2008 Danny and Impact settled their differences and worked together to create the Higher Society.

Higher Society quickly took over WFA, capturing the ear of WFA management, but never accomplishing their goal of making Danny Heavyweight Champion. In the end, Danny captured the Brooklyn Hardcore Title once again, only to end WFA questioning his own ability to reach the top despite being a champion.