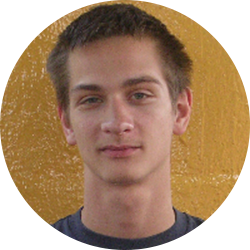 Alex Roulette began his WFA career in 2006 and was nothing short of a small dog with big dreams. He had something to prove here in WFA and was able to do so by kissing up to the boss, Jason Kross. At the time Alex Roulette was willing to do anything to become a WFA superstar, even if it meant trying to take out the top guy in WFA, Enforcer.

He continued on his own, looking to prove himself in WFA and to show all the other superstars that he had the ability to hold his own with anyone. He did just that at Wrestlefest IV, when he competed in a triple threat match against Patrick Blade and Joey Spade. Although he did not walk out the winner, Alex Roulette proved that he was willing to take on even the biggest guys in WFA come 2008.